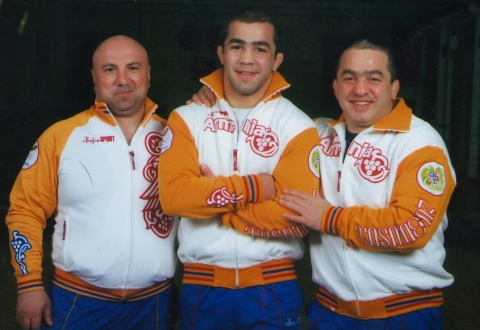 Arsen Julfalakyan was the first to be qualified for the London Olympics in the Armenia’s Greco-Roman wrestling team, followed by Arthur Alexanyan and Yuri Patrikeyev.

As for their personal characteristics, Julfalakyan is an athlete of high intellect and an individual, while Patrikeyev got very easily adapted in Armenia. He, being an experienced athlete, listens, however, to every instruction.

“It is already a success that both of them will perform in the Olympics. I believe that Arsen and Yuri will succeed in London and I do believe they will win gold,” the trainer said.