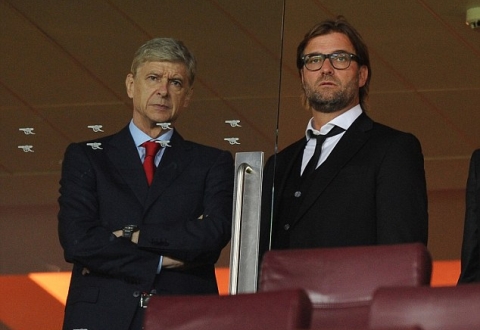 “I like (Arsenal’s philosophy). I love it but I cannot coach it because I am a different guy,” stated Borussia Dortmund (Germany) Manager Jürgen Klopp.

The German football specialist commented on his club’s Champions League fourth-round group match against (Arsenal), which will be played on Wednesday in Dortmund.

“He [i.e., Arsenal Manager Arsène Wenger] is really something. I love him. He is Sir Arsene Wenger.

“But he likes having the ball, playing football, passes... it’s like an orchestra. But it is a silent song. I like heavy metal more. I always want it loud,” the Daily Mail quotes Klopp as saying.

To note, after Round 3 in the Champions League, Arsenal and Dortmund have 6 points, apiece. In the first-leg match where Arsenal played host to Dortmund, the latter defeated the home team by a score of 2-1. In addition, Armenian international and Dortmund midfielder Henrikh Mkhitaryan, 24, was in Dortmund’s starting eleven, and he scored the game’s first goal.