Prandelli: Armenia match will be tough 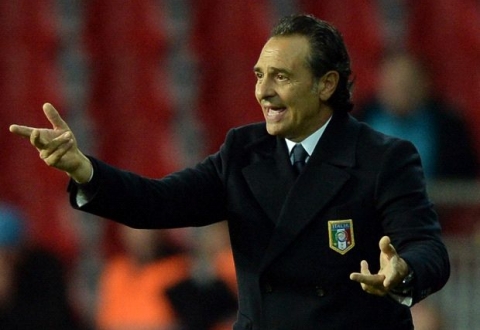 “We know there are moments where you mustn’t drop the concentration. We dropped back by 10 metres before the break and allowed Denmark to put those crosses in,” stated Italian national football squad manager Cesare Prandelli. The Italian specialist commented on Friday’s 2014 World Cup qualifier penultimate group match between his team and Denmark, which ended in a 2-2 draw.

“We suffered above all at the start of the second half, as for 20 minutes we focused only on defending. “This team is accustomed to playing and taking control, so if we lose that then we become vulnerable.  “Once we began playing again we created some good chances. “[Italian international and A.C. Milan striker Mario] Balotelli had a bit of a fever today, we hope he’ll be better by Tuesday [October 15, in Italy’s match against Armenia]. Armenia have the chance to get second place, so it will be tough - but we want to end the group unbeaten,” Goal.com quotes Prandelli as saying.