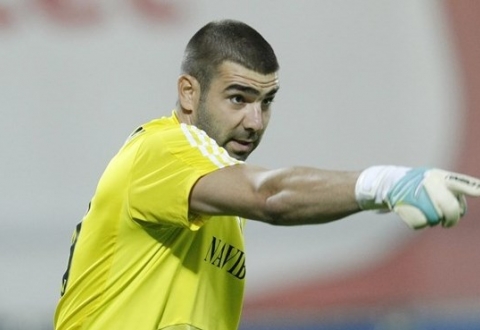 A very tough battle awaits us because Armenia do not win at home, and the first game was very tense, stated Bulgarian national football team and PFC Ludogorets Razgrad (Bulgaria) goalkeeper Vladislav Stoyanov. He spoke about the forthcoming 2014 World Cup qualifier penultimate group match between Armenia and Bulgaria.

“I believe the Armenians will be extremely motivated, but we are ready for it. Everyone [in the Bulgarian squad] understands that this is a crucial game and there is no room for giving ground.  “Of course, there is tension, since we all understand the importance of this match,” Gong.bg quotes Stoyanov as saying.

To note, the Brazil 2014 qualifiers’ return-leg match between the two squads will be held Friday in Armenia’s capital city Yerevan.  In the first leg, Bulgaria had hosted Armenia and won by a score of 1-0. After eight rounds in the World Cup qualifiers Group B, Italy have already booked their spot at Brazil 2014, with 20 points, Bulgaria have 13 points, Denmark have 12 points, Armenia and the Czech Republic have 9 points, apiece, and Malta have 3 points.