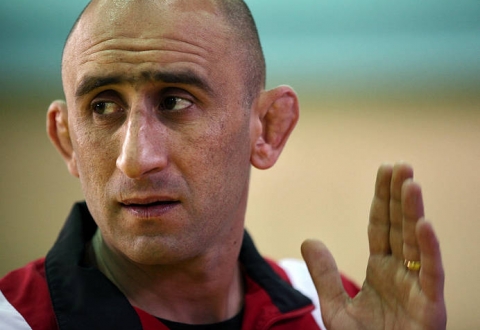 The first qualification tournament of wrestling began on Friday in Sofia, Bulgaria. The Armenian National team has participants in all weight categories except 55 kg as Mihran Jaburyan qualified for the Olympics during the World Championship.

The correspondent of the NEWS.am - Sport talked with the head coach of Armenia’s National Wrestling Team Arayik Baghdadyan.

Mr. Baghdadyan can expect our athletes during the tournament?

Which of our athletes is the closest to success?

I cannot point out any particular person. They all have trained hard and well and I think each of them can be successful.

I am hoping for all the athletes but there are so many mistakes from the referees during tournaments that it is not possible to predict something. Currently there are no outstanding favorites in the tournament. All athletes are even.

We have witnessed many referee mistakes and Roman Amoyan’s match is the proof. What do you think about it?

Many people have seen Amoyan’s match but such a ‘defeat’ had not happened to our athletes before. I don’t want to think about it now. Referee mistakes can be avoided if a good match is fought. We have trained our athletes psychologically. I think they are 100 percent ready for this tournament.

Might there be any changes in the national team after the tournament in Bulgaria?

Yes, changes will take place in those categories where no one will get qualified.