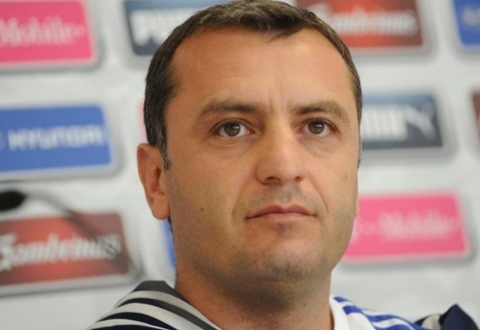 YEREVAN. – Aras Ozbilis’ participation in our World Cup qualifier game against Denmark is still questionable; the coaches are waiting for the conclusion of the physicians.

“We are now thinking about solely the Denmark game. We are doing everything possible to ensure that our players are reconditioned.

“Armenia do not play poorly in home games. We played poorly at home only against Malta.

“There will be a change of strategy in the forthcoming match. The key players will not be there. Everything depends on Aras’ participation. You know that he is a very important player.

“The players under my disposal are completely enough for me. [Germany’s Borussia Dortmund midfielder] Henrikh Mkhitaryan will be the captain in the match against Denmark,” Minasyan stated, in particular.

To note, the Armenia vs. Denmark match will be played Tuesday in Armenia’s capital city Yerevan, and the official kick-off time of the game is 8pm, Armenia time.