Mkhitaryan asked for his €50 from me – Klopp 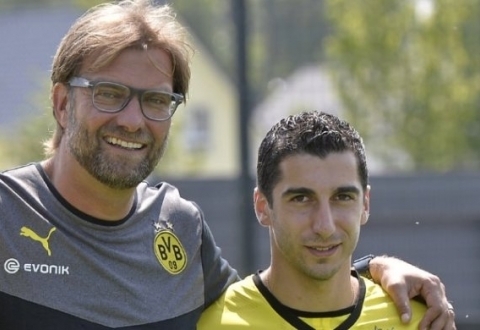 Mkhitaryan had lost €50 in a bet against me. I said if he doesn’t manage to score seven goals within 30 attempts, I will get 50, however if he scores at least seven, he will get 50, stated Germany’s Borussia Dortmund manager Jürgen Klopp.

“Mkhitaryan is a weapon in front of goal with his shooting technique.

“After the match he told me he wants his money back. He will get it, I left it lying around just in case he scores,” Klopp said.

In turn Mkhitaryan, 24, commented on his team’s Bundesliga match against Eintracht Frankfurt on Sunday.

“I feel very comfortable at Dortmund and I’m very happy that I scored my first goal today.

“Scoring the second one afterwards makes it even better,” Goal.com quotes the Armenian international as saying.

To note, owing to the two goals scored by Henrikh Mkhitaryan, Borussia Dortmund defeated Eintracht Frankfurt in an away game, and by a score of 2-1.