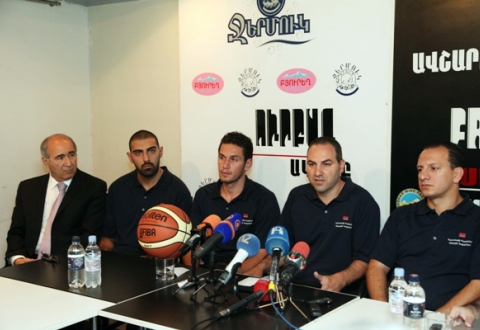 YEREVAN. – “It does not matter where the national team is formed; what’s important is that all team members are Armenian and they feel good together.

“We came to Armenia to join the players from Armenia and to prepare for the Division C tournament of the European Championship.”

Head coach Carl Bardakian of the Armenian national men’s basketball team, which is formed in Los Angeles, stated the above-said during a press conference.

To note, ten players from the national squad have arrived in Armenia.

“We have started the trainings. We will travel to Artsakh [i.e., Nagorno-Karabakh]; there is a team candidate from Artsakh, too. The team is formed, [but] we will not yet participate in official tournaments.

“There is a plan to hold a European Championship Division C tournament next year in [Armenia’s capital city] Yerevan. But until then, we will limit ourselves to friendly games,” Bardakian said.