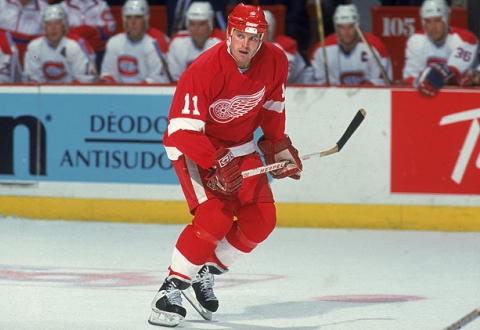 Shawn Burr, a former Detroit Red Wings player in the National Hockey League (NHL), died after a fall at his home, Usatoday.com reports.

The cause of death is not yet known.

During the last three years Burr, 47, was battling blood cancer.

Shawn Burr played sixteen years in the NHL, eleven of which with Detroit. He produced 181 goals and 259 assists for 440 points in 878 games.

Print    |  Հայերեն  |  На русском
Thank you for your comment. Your comment must be confirmed by the administration.
last news on "NHL"
Total votes (13)