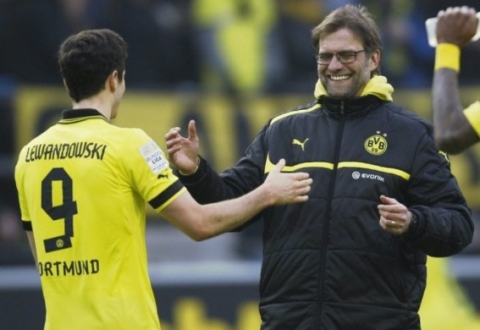 Borussia Dortmund manager Jurgen Klopp is calm about remarks of Robert Lewandowski who claimed the club is holding him by force.

“He feels right at home in this team. We're dealing with the situation in a completely relaxed way,” Goal.com quotes Klopp.

Lewandowski’s contract with Borussia expires in summer 2014. He is expected to join Bayern Munich then.