I will not compete in world championship – Olympic champion Arsen Galstyan 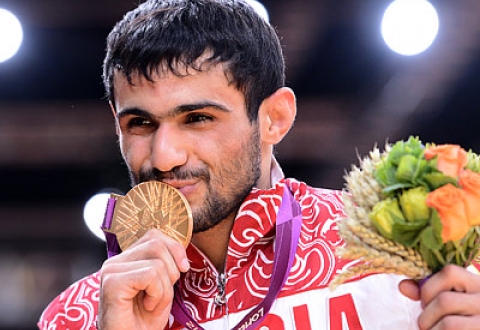 I spoke with my trainer, and he said I will not take part in the World Judo Championship. Russian Olympic judo team’s Armenian member, Arsen Galstyan (60 kg), who was the first to win gold for the Russian delegation at the 2012 London Olympics, stated the aforesaid.

The 24-year-old athlete shared his impressions in the run-up to the 2013 World Judo Masters tournament, which will be held in Tyumen, Russia, on May 25 and 26.

“Everything is normal. I recovered from my injuries and I am in good shape now. I am preparing for the Masters. The break after London can be considered over. We resumed training several months after the games, but we were saving our strength to some extent and not participating in tournaments. We consult with the trainers in this matter. Aside from the Tyumen Masters, I also will compete in the student games to be held in Kazan[, Russia],” Allsportinfo quotes Galstyan as saying.