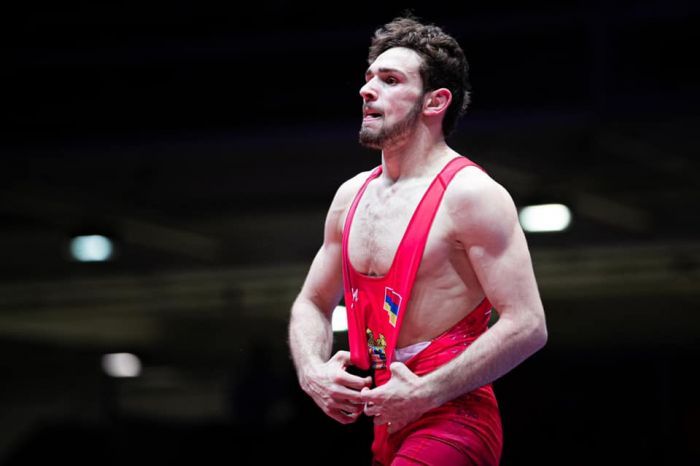 Arsen Harutyunyan (57 kg), Armenia’s first representative at the freestyle wrestling tournament that took place during the 32nd Summer Olympic Games in Tokyo, was deprived of the opportunity to compete for the bronze medal.

Europe’s champion in 2019, bronze medalist of the 2020 European Wrestling Championships and the vice-champion of the play-offs for the Individual World Wrestling Cup began the competition from the 1/8 final during which he was defeated by Mongolia’s representative, two-time bronze medalist of world championships and champion of the Asian Games Behbayar Erdenebat 1-6.

If Erdenebat, 28, managed to score a pass to the final, Harutyunyan would have had the opportunity to compete for the bronze medal on Aug. 15. However, in the quarter-final, Mongolia’s athlete was defeated by Iranian Reza Atrinagarchi 1-5.

During the freestyle wrestling tournament at Tokyo 2020, Armenia’s other representative, winner of the 2020 Individual World Wrestling Cup and champion of the 2019 Europe U-23 Vazgen Tevanyan (65 kg) will start competing on Aug. 6.

Harutyunyan was Armenia’s only representative at Tokyo 2020 on Aug. 4.

At this moment, Armenia’s Olympic team of 17 athletes has four medals. Greco-Roman wrestler Artur Aleksanyan (97 kg) and weightlifter Simon Martirosyan (109 kg) have taken silver medals, and Artur Davtyan won the bronze medal in the men’s vault. Boxer Hovhannes Bachkov (63 kg) made it to the semi-final and secured at least the bronze medal. On Aug. 6, Bachkov will compete with American Keyshawn Davis for a pass to the final.