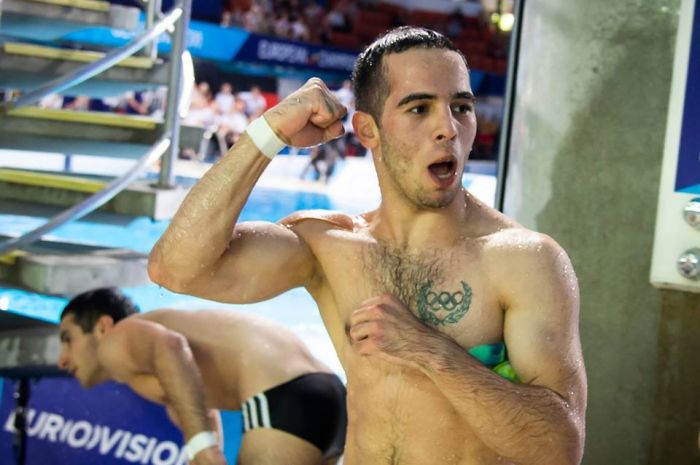 European Championship bronze winner, diver Lev Sargsyan fears that he might be deprived of an opportunity to qualify to the Olympic Games.

In 2018 Vladimir Harutyunuan and Lev Sargsyan pair won synchronized diving bronze at the European Championship and were the fourth this year. However, the pair will not participate in the competitions any longer.

“I was injured at the beginning of the season and participated in all tournaments with injuries. After the European Championship, I underwent treatment and came back to training nearly a month ago,” he told NEWS.am Sport.

Armenian national team led by Hrachya Chandiryan are training in Moscow together with the Russian team. However, Sargsyan was not invited to join.

“The only thing the coach told me was that it was his decision,” he said. “I got the impression that I am annoying my coach. There is one more reason. Hrachya Chandiryan replaced me by Vardan Bayanduryan, and he will perform together with Vladimir Harutyunyan. World Cup that is scheduled for late April is the only option for me to qualify to the Olympics. My coach told me I would miss the tournament if I have poor performance at Grand Prix. It’s hard to train by yourself, when the team members are training together”.