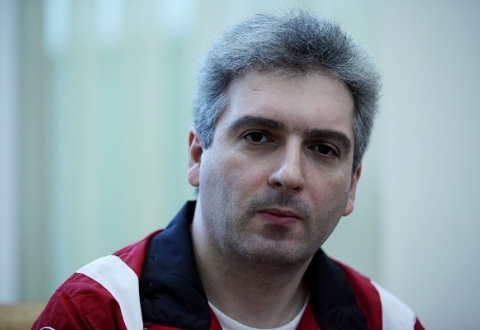 Ahead of World Chess Olympiad held in Istanbul the NEWS.am Sport correspondent talked to one of the Armenian GMs Vladimir Hakobyan during national team’s trainings in Tsakhkadzor.

How did the training pass?
We do our best to be in good shape ahead of the Olympiad. We do a lot of sport: playing football, swimming and running. The main goal is to create a good team atmosphere.

What gives you the most power?

I try to relax, to gain strength. We do not limit ourselves to the trainings. The players should take part in several tournaments ahead of the Olympiad. 2012 was a good year for me, I have already played 50 games.

Is there something that you are depriving yourself of before the tournaments?

No. I love to play pool and I always do.

What can you say about our men’s team preparedness for the tournament?

Judging by the results of the season, we can say that all are in good shape. But everything will become clear during the Olympiad. We had experience of winning the Olympiad being in bad shape. For example, prior to the Dresden Olympiad we made poor showing at various tournaments, but then we won.

What is your opinion about the place of the Olympiad?

I’ve never played in Istanbul. I did not participate in the 2000 Olympiad held there. I do not think that place matters.

Who is the main rival of the Armenian team?

Russia, as always, but at the moment China, Ukraine and Azerbaijan will compete with us for a title.