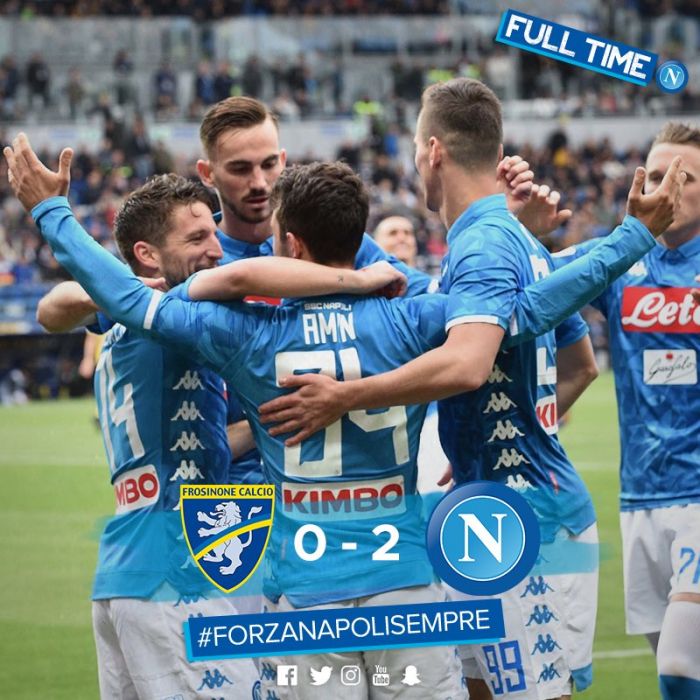 Belgian striker Dries Mertens score the first goal on the 19th minut, who caught up with the legendary Argentine striker Diego Maradona in goals for Napoli in Serie A. They scored 81 goals and ranked 3-4.

Napoli ranked second with 70 points, and 18 points behind the leading Juventus.