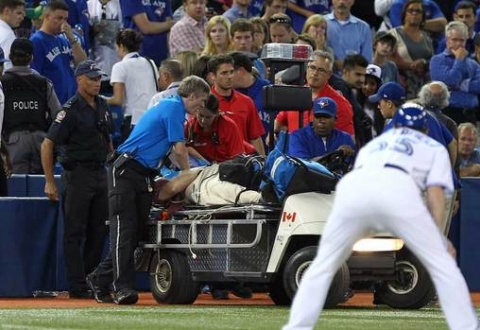 A male fan died in a hospital after going into cardiac arrest at Thursday’s American League Baseball game between the Toronto Blue Jays and Chicago White Sox.

Play was halted for four minutes in the seventh inning while the fan received CPR and was carted off on a stretcher.

Ambulance sirens could be heard outside the stadium as the fan was carted off, still receiving CPR.

Following the game, Toronto Police Services confirmed the fan had died in a hospital after collapsing. The name of the fan was not released, sportsillustrated.cnn.com informs.

“Our thoughts and prayers go out to the family of the person who was taken out of here tonight,” Blue Jays manager John Farrell said.