Uruguay-Armenian football player has no idea about his dismissal 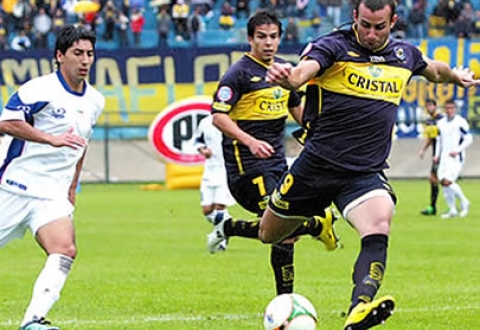 A Uruguay football player Mauro Guevgeozian of Armenian descent successfully played in the FC Phoenix in the Uruguay Premier League this year. NEWS.am Sport correspondent took an interview from the player about the reasons of his dismissal from Armenian FC Pyunik and further plans.

Asked why Mauro quitted FC Pyunik so early when he first came in 2007 to participate in the Champions League qualifying round, the player said that he did not get the reason honestly.

“I came to Armenia with great inspiration and expectations, but I was told to go away in a month,” he said adding he did not perform in the Armenian Premier League, and only played in the qualifying round for the Champions League.

As for intentions to play in the Armenian national team, Guevgeozian said that he has never received such an invitation, while he would have been very glad to play for the national.

Regarding rumors that his co-players call him ‘an Armenian,’ he said that it is true and he is very proud of it.