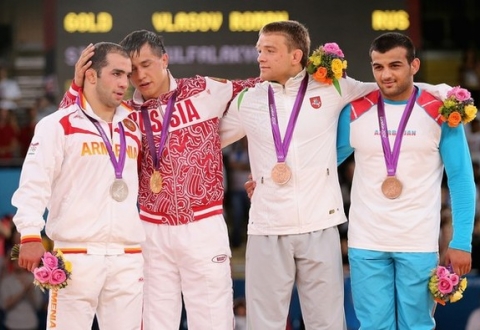 Most Armenian athletes have already returned from London. The delegation headed by medal winners will arrive in Zvartnots airport on Tuesday evening.

Armenia won one silver and two bronze medals. Greco-Roman style wrestler, silver medalist in 74 kg category Arsen Julfalakyan will be awarded about $36,000 by the government and about $72,000 by Armenia’s Olympic Committee. Bronze medalists – weightlifter Hripsime Khurshudyan and Greco-Roman wrestler Artur Aleksanyan – will get about $24,000 from the government and about $48,000 from Armenia’s Olympic Committee.

Back in 2008 businessmen and party leader Gagik Tsarukyan, who is also heading the Olympic Committee, said the gold medalist will get $1 million. He promised to keep his promise this year