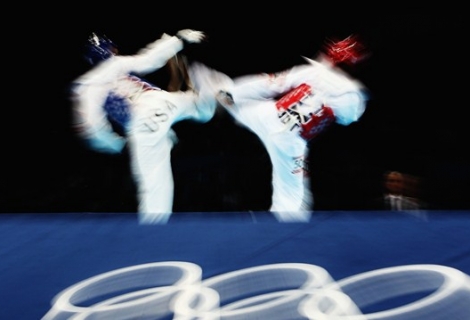 Armenia’s Arman Yeremyan started with a victory a Taekwando Olympic tournament in the category of 80 kg.

Yeremyan athlete Canada’s Sebastien Michaud 0:2, 6:0, 2:2 to advance to the quarterfinals.

His next opponent is Tommy Mollet from the Netherlands.

Yeremyan is the first Armenian taekwondoist to qualify for the Olympics.

“My sole objective is the Olympic gold [medal]. Such tournaments demand maximum concentration of strength from the athletes. Whoever is psychologically better prepared for important competitions becomes the winner. Everyone is equally trained technically in such tournaments. [But] Psychological preparedness will play a great role,” Arman said before leaving for London.