Usain Bolt calls himself a legend 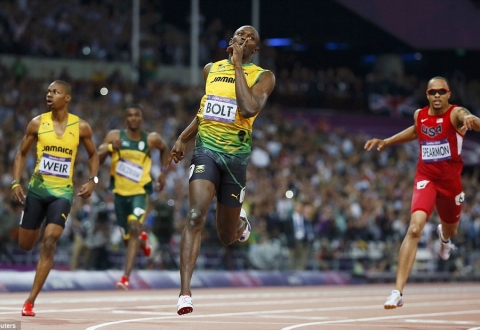 After his victory in 200m finals the fastest man in the world Usain Bolt said he “is a legend”.

“It’s what I came here to do. I’m now a legend. I’m also the greatest athlete to live,” Daily Mail quotes Bolt. He celebrated his victory by dancing and skipping around the stadium.

Usain Bolt became five-time Olympic champion after he won yesterday’s race in a time of 19.32.

His teammates Yohan Blake and Warren Weir came the second and third respectively bringing all there medals to Jamaica.