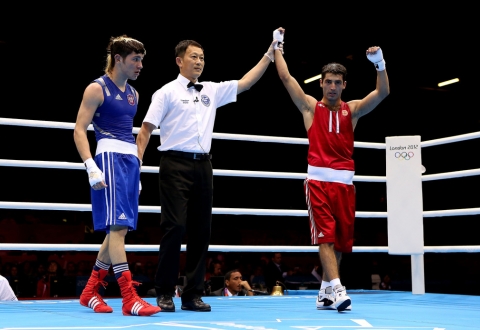 Edward Kravtsov, who is the personal trainer of the Armenian boxer Misha Aloyan from the Russian team, commented the upcoming fight of Aloian against Mongol Tugstsogt Nyambayar.

“We have studied Nyambayar not bad. He is strong enough, but we know that he has a problem with extra kilos, which will not allow him to move quicker in the ring. At the same time he is ready and he will try to perform aggressively,” Aloian’s trainer said, RIA Novosti reports.

To note, the Olympic bout between Misha Aloian and  Tugstsogt Nyambayar in the semi-final at the Men’s 52 kg category is scheduled for Friday.