UK Ambassador: I am very proud of the way England play 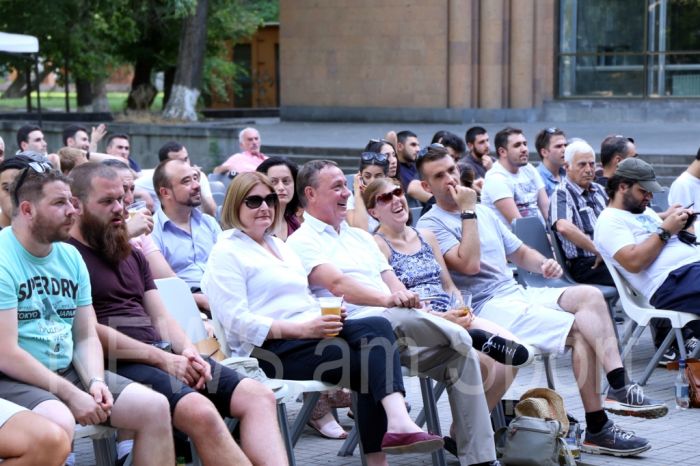 YEREVAN. -- England advanced to the semifinals of the World Cup making the best present to the English fans. The match against Sweden was followed by many Armenian fans, among them UK Ambassador to Armenia Judith Farnworth who turned out to be a big football fan.

The Ambassador said that expectations over the team were not very high in England because this team is young and quite inexperienced.

“I share the view of many English people that they have already exceeded our expectations, and we are very proud of the way they played, particularly successful was a penalty shootout whish is traditionally something where we struggled. We are very impressed and very proud,” Judith Farnworth said.

As to the World Cup, the British Ambassador said she watched all the matches of England: the first at home, the second and third in Greece when she was on vacation, and the quarterfinals – in the English park of Yerevan. However, the Ambassador says it is very difficult to predict the winner.

“I am never trying to predict. We should be hugely respectful for everybody who is left in the tournament. If they made it to the semifinals, they played very well,” she said.

Judith Farnworth said that the World Cup, the first round match of the Champions League Alashkert vs. Celtic and Legends’ Match made Yerevan a city of big football.

“Last night I was at Legends’ Match, and Wales manager Ryan Giggs was playing. We are looking forward to seeing Celtic fans on Tuesday. We are not expecting huge numbers of fans, but the Celtic fans are traditionally very active and supportive,” she added.

The Ambassador also recalled that the chair of the English Football Association Greg Clarke visited Armenia a couple of weeks ago, which is also a big event in Armenia’s football life.

“I am really hopeful that we will find ways of cooperation between the England Football Association and Armenia,” the Ambassador emphasized.