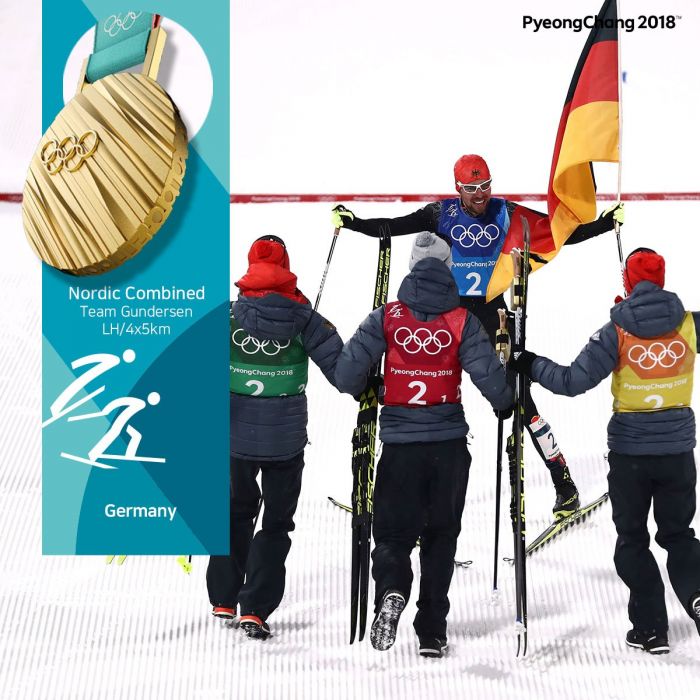 German athletes have won their 13th gold medal at the 2018 Winter Olympics in Pyeongchang, South Korea, and set a record.
The Team Gundersen quartet from Germany on Thursday topped the LH/4x5km Cross-Country competition in the Nordic Combined event and won the country’s record-breaking 13th gold medal at PyeongChang 2018.

The most number of gold medals the German athletes had won prior to the 2018 Winter Olympics was 12; they had achieved this feat at both Nagano 1998 and Salt Lake 2002, according to Bild newspaper of Germany.