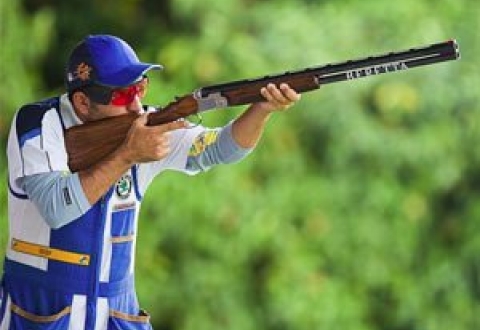 U. S. shooter Vincent Hancock showed the best results in men’s skeet at the 30th Olympic Games in London. He set a new record on two points (123 targets out of 125). Russian shooter Valeriy Shomin also was qualified for the final having occupied the third place in the qualifying round. He is preceded by Danish Anders Golding, who is the second. However, Qatar's Nasser Al-Attiyah won bronze, after a shoot-off with Shomin, BBC reports. Total of 10 participants out of 36 were qualified for the final.