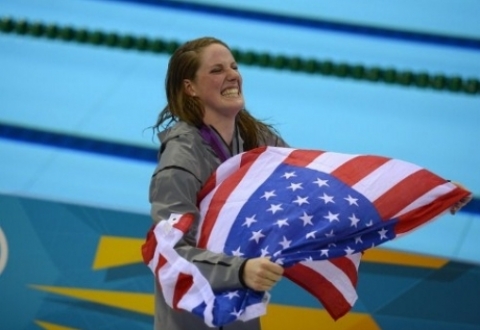 I wanted to sing my country’s national anthem, but I forgot the words, stated American swimmer Missy Franklin, who passed her Australian and Japanese challengers and received a gold medal in the Women’s 100 Meters Backstroke, at the 2012 London Olympics.

"I, like, forgot the words because I didn’t know what I was doing. I was just a huge mess. Just seeing the flag being raised was so incredibly unbelievable. I could never have dreamed of (a feeling) like that.  All of the things I’ve gone through passed through my mind. Just everything leading up to that point, and it was so unbelievably worth it. I finally got one [gold medal],” USA Today, quotes Missy Franklin as saying.