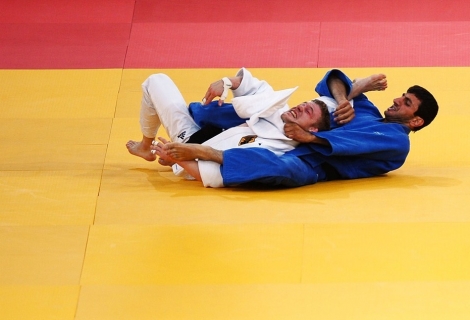 His next opponent is the winner of Serjio Pessoa (Canada) - Yerkebulan Kossayev (Kazakhstan) last-8 fight.

“I don’t think that it is a secret that I’m going to London to win. It is the dream of every athlete to win the Olympics and I am leaving to make my dream come true,” he said ahead of the 2012 London Games.