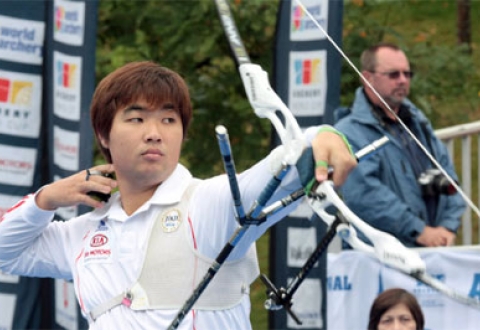 Korean archer Im Dong Hyun became the winner on individual and team archery at Lord's Cricket Ground in London on Friday. The Korean, who is officially recognized as blind, scored 699 points on individual archery passing his personal world record, later assisted his team to pass another world record by scoring 2,087 points. The Koreans actually occupy the first place, as well as the first three places on individual classifying round.

Besides the South Korean team, French, the U.S. and Chinese teams appeared in the quarter final.

The first four teams will start competing from the quarter final, while the rest from the 1/8 round.