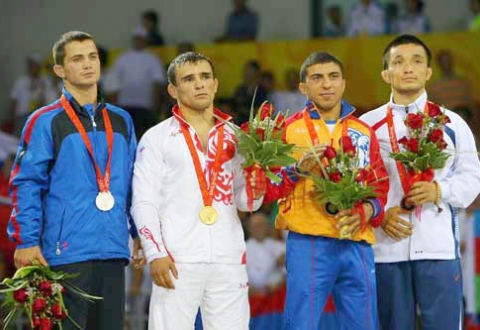 YEREVAN.- European Championships in Greco-Roman and freestyle will start in Belgrade on March 10. The tournament is a qualifying competition for London Olympics.

One of the leaders of the Armenian team European champion and bronze medalist of Olympic Games Roman Amoyan will also participate to qualify to this year’s Olympics.

Speaking to the Armenian News-NEWS.am reporter, Amoyan said the European Championships is a big responsibility.

“I must show my best but on the other hand I consider this tournament as a preparatory stage.  The most important thing is to get Olympics rating,” he said.

“Armen Nazaryan who is twice Olympic Champion and three times World Champion may perform another sport deed. I wish him to qualify to the Olympic Games and perform successfully in London,” he added.