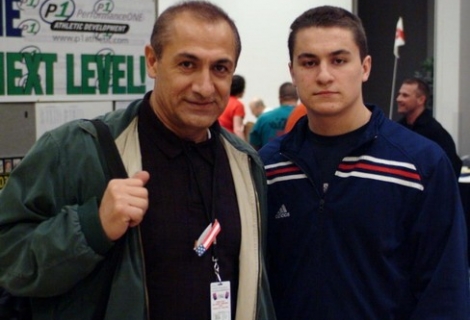 Weightlifter Norayr Vardanyan was born on May 15, 1987. He will represent Armenia in London in the 94-kg category.

Norayr is the son of legendary weightlifter Yuri Vardanyan. These Olympics will be the first such large competition for the 25-year-old weightlifter. He had become fifth in the 2010 Under 23 European Championships. Norayr’s father is his personal trainer.

“We place hopes on the performances of all our athletes. It is important for us to not only perform in London, but, also, to win medals and worthily represent our country. There was a good preparation, and all that remains is to show what our athletes are capable of.”

“Our national team comprises those athletes who showed a better result. The Olympic Games will be a good test for Norayr. We hope our athlete will pass this test successfully.”

Norayr Vardanyan will compete in London on August 4.