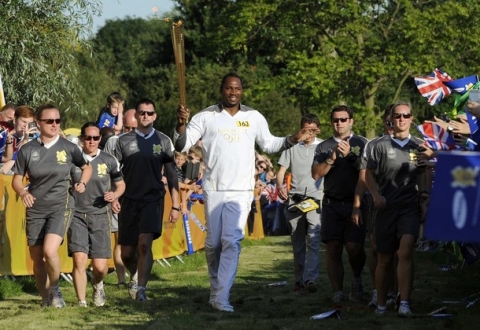 The London 2012 Olympics torch arrived in the British capital on July 20 night with a helicopter. About two million people are expected to gather to watch the Olympic torch relay route.

The Olympic flame will be brought to London’s Olympic Stadium, during the London 2012 Games’ opening ceremony on July 27.