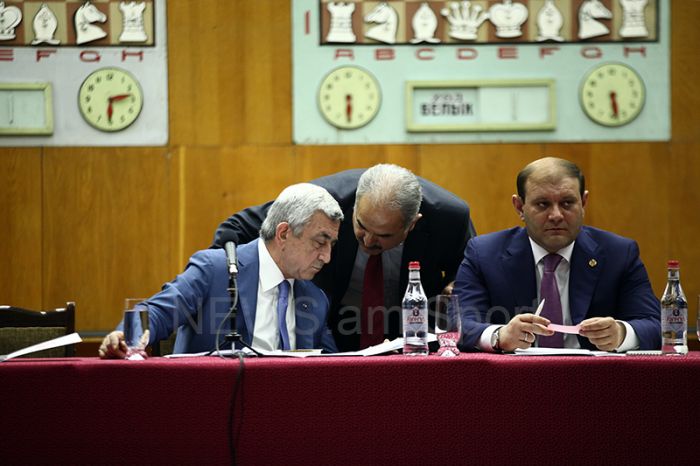 A reporting-election conference of the Chess Federation of Armenia was held in the Tigran Petrosyan Chess House in Yerevan on Saturday. The event was chaired by President of the Federation, Armenian President Serzh Sargsyan.

“I am grateful to the members of the Federation for their input in the development of chess. This is a very great job. We should achieve the inclusion of five Armenian grandmasters in the top 100 of best chess players,” Sargsyan said.