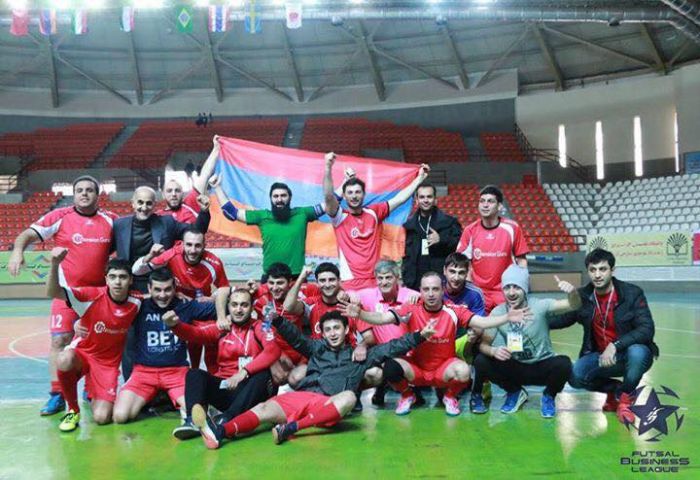 The team from Azerbaijan refused to play against Armenia in the 5th- and 6th-place match in the Amateur Futsal World Cup, which was held in Iran. Artur Nahapetyan, coach of the Armenian team, informed the aforesaid.

The team from the Futsal Business League represented Armenia at this event.

“We had informed the [event] authorities from the beginning that we are ready to play,” the Futsal Business League website quoted Nahapetyan as saying. “And we waited, completely focused, until the moment when they informed us that the Azerbaijani side refused to participate in the game, for some reasons.”