Will Armenia’s NOCA and WFA petition Arbitration Court in Lausanne? 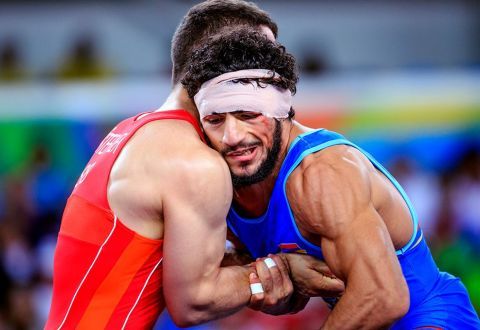 The National Olympic Committee of Armenia (NOCA) and the Wrestling Federation of Armenia (WFA) have referred on their websites to Migran Arutyunyan’s fight in the final tournament of Greco-Roman wrestling (66 kg weight category) during the Rio Olympics, in which the Armenian wrestler was deprived of gold as a result of biased refereeing.

“Independent Armenia could have had its third champion, but the referees' harsh and biased decision deprived Mihran Harutyunyan (66kg) of the delight to stand on the first stair of the honorary platform. The Olympic gold was given to the Serbian wrestler due to referees' disgraceful decision and Harutyunyan received the Olympic silver,” the official website of NOCA reports.

“It is already the third time the United World Wrestling officials Nenad Lalovic and Mikhail Mamiashvili have made the referees raise the hand of Arutyunyan’s rival. It is senseless to talk about the biased refereeing; fish stinks from the head,” the official website of the WFA writes.

What remains for the NOCA and WFA to do is to struggle for justice on legal platform, addressing the United World Wrestling, International Olympic Committee (IOC) and Court of Arbitration for Sport (CAS) in Lausanne.