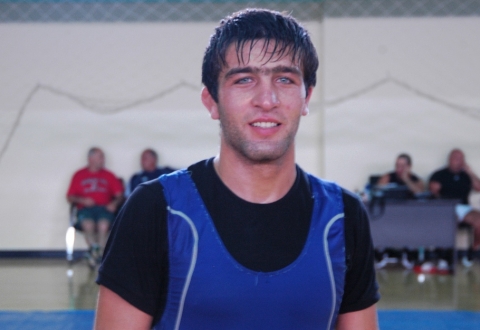 He qualified to the Olympics during the tournament in Finland. His personal coach is Harutyun Khachatryan, national’s coach - Levon Julfalakyan. Hovhannes Varderesyan will start competitions on August 7.

“It is my first appearance at the Olympics and now I can say that this tournament will differ from the European and World Championships. I even find it difficult to explain why. I can assure you of one thing: after I got qualified in Finland, I started serious preparation for the London games and really want to meet the expectations of coaches, to win a medal for our country.”

”Preparations for the Olympic Games began after the European Championship. Simultaneously, we sought to provide ratings of the Olympic Games. Hovhannes was the last of our team who got the right to participate.

He also participated in an international tournament in Spain, where he was third. With the Olympic Games approaching, it is very important to raise the physical shape to the maximum. I hope our young wrestler will be able to show all his potential and achieve success.”