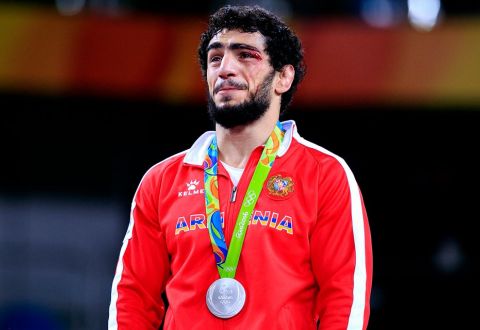 In the final of the 66 kg category Olympic tournament of Greco-Roman wrestling Armenian representative Migran Arutyunyan was deprived of gold medal as a result of biased refereeing. This fact supposes certain position and reaction from the National Olympic Committee of Armenia (ARMNOC) and Armenian Wrestling Federation.

Migran Arutynyan fought against Serbian wrestler Davor Štefanek in the final. The injustice is related to the factor of Serb President of the United World Wrestling Nenad Lalović.

However, the ARMNOC hasn’t yet come up with an official position regarding the situation, whereas the text published on the organization’s website on the final fight reads:
“The beautiful and tough fight ended 1:1 and as the Serb was the last to earn a point, the referees gave the victory to Štefanek. ”

The publications on the official website of an organization are considered to be its official position.