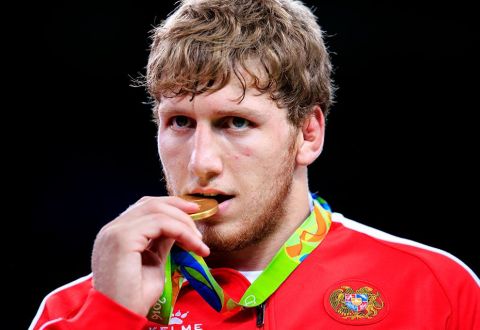 Greco-Roman wrestler Artur Aleksanyan from Gyumri, Armenia, who was crowned champion at the 2016 Summer Olympics that are held in Rio de Janeiro, Brazil, participated in the respective medal ceremony wearing a T-shirt with the photo of the late Junior Sergeant Robert Abajyan.

Abajyan had courageously fallen while defending the borders of Nagorno-Karabakh (Artsakh) during the four-day war which Azerbaijan had unleashed against Artsakh in April, and he was posthumously bestowed upon the title of Hero of Artsakh. 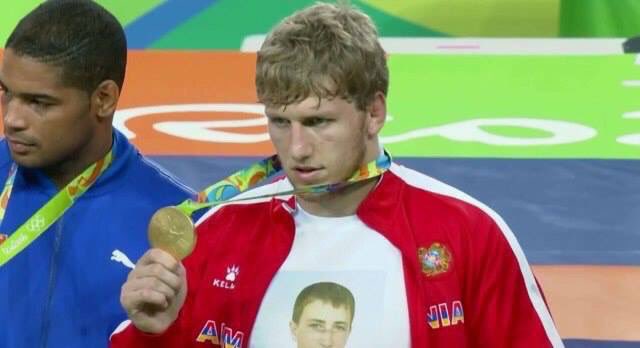 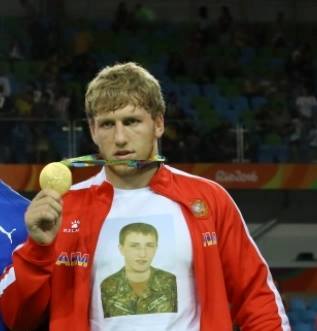