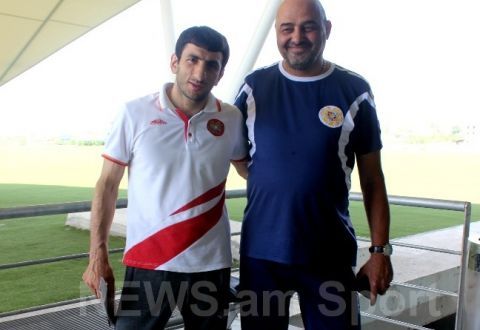 The first representative of Armenia Hovhannes Davtyan started his participation in the 31st Olympics kicked off in Rio de Janeiro with a victory.

In the first fight, Davtyan, who is included in 60kg weight category, won Austrian Ludwig Paischer and moved to 1/8 final. In the next fight, Davtan will encounter Russian judoka Beslan Mudranov.

Print    |  Հայերեն  |  На русском
Thank you for your comment. Your comment must be confirmed by the administration.
last news on "Rio 2016"
Total votes (12)