Dick Advocaat will sell his own mother for money – interview 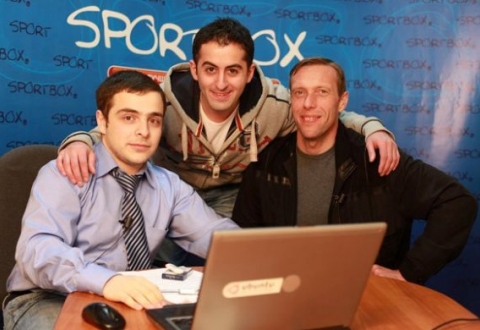 The main reason for the Russian National Team’s failure was the failure of the trainings for Euro 2012, the editor of the Football section of Sportbox.ru internet-portal Artush Mkrtchyan (on the left) told NEWS.am Sport.

Although Russia was a leader in the group it did not enter the play offs. What was the reason of the failure?

Regarding the performance, Russia was stronger than all its opponents in the group. There cannot be any doubt, as the Poles, Greeks and Czechs themselves accept that. The main reason of the failure was the failure of trainings for the Euro 2012. Dick Advocaat made a miscalculation and brought out the team in its best shape against the Czechs during the first match. After that the Russian national team weakened physically and emotionally. Now he is being criticized for letting Raymond Verhein go, who has moved to Armenia.

The media and fans criticize and accuse Advocaat. What do you think about it?

The critique is totally justified. The failure certainly is Advocaat’s fault. He did not manage to train the team for the championship. Once more the Dutch showed that he is interested in money only. During these two years he earned €14 million. Joachim Low gets €2.5 million per year for coaching the German National Team. After the defeat against Greece Advocaat announced that he does not care what people in Russia think about him. He flew to the Netherlands on that same night without saying farewell event to the team.

When two years ago Advocaat broke the contract with Belgium and moved to Russia the Belgians described him with three words – liar, rascal and scoundrel. Now Russians say about him that he is a conservative, opinionated, stubborn fool who would sell his own mother for money.

How would you explain the behavior of the players towards the fans after the match?

Mildly said, most of the players of the Russian national team do not have the best manners and exemplary behavior especially in recent years and the fans did not like them.

It is not clear yet. There were talks in Russia about trusting the team to a local coach.

There are three favorites – Germany, Spain and France. Which of these three will win the championship depends on circumstances.