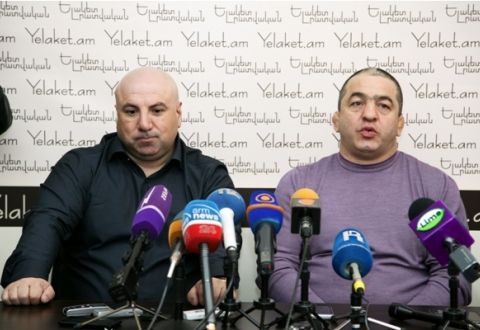 Samvel Gevorgyan, Armenia’s Greco-Roman wrestling team coach and the personal coach of Mihran Harutyunyan, 66 kg, who won the silver medal at the European Games, has once again touched on the biased refereeing during the fight with the participation of Harutyunyan.

“Mihran Harutyunyan performed very well in the World Championship. Winning several impressive victories, he reached the semi-final, where the evidently biased refereeing began. Mihran was winning the fight against the Korean wrestler Han-Su Ryu (4:0), but he got two warnings for unknown reasons. As a result, the fight ended with the score 4-4. The biased refereeing was also recorded in the fight for the third place against Artem Surkov (2:6). Here I wasn’t able to suppress my emotions and was given a yellow card.

Later 5 arbiters and one jury member, who were participating in the fight involving Mihran Harutyunyan, were disqualified for biased refereeing. Of course, this will not help return the medal to Mihran, but I hope that during the next fights with the participation of Armenian wrestlers, the referees will be more attentive. Everyone said Harutyunyan deserved a gold medal,” Samvel Gevorgyan told NEWS.am Sport.