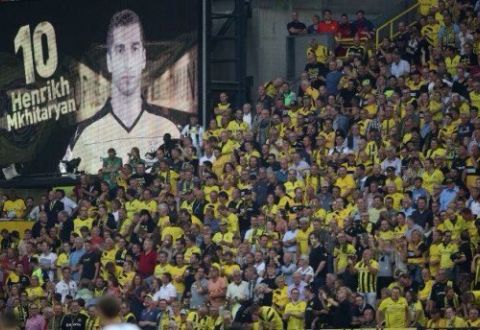 Bild, Transfermarkt and Spox.com included Borussia Dortmund midfielderHenrikh Mkhitaryan into best 11 of the first round of Bundesliga.

Mkhitaryan did tremendous job and was unstoppable, he was also good at defending, spox.com wrote.

Earlier Goal.com and Der Westen named Mkhitaryan man of the match, while Kicker described him as the best player of the first round.

Mkhitaryan scored twice during the first round match against Borussia Monchengladbach.