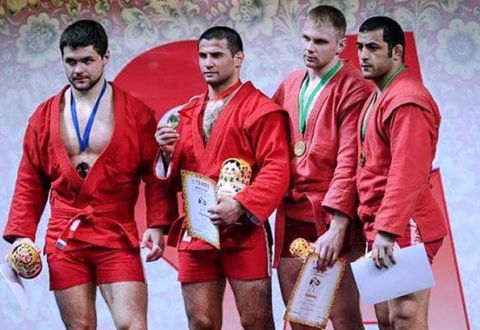 Azerbaijani sambo fighter Bakhtiyar Abbasov was stripped of his bronze medal, which he had received during the Sambo World Cup in Moscow, and he faces a ban from competitions for two to three years.

“They told me that they already had erased Abbasov’s name from the list of the tournament medal winners. It’s unfortunate, and I have to admit that I didn’t understand Abbasov. First, he said that he had felt ill during the anthem, his heart had ached, and that’s why he had crouched; then he stated that he had done that because of the Karabakh War,” Azerisport quoted Mamedov as saying.

To note, the President of the European Sambo Federation, Sergey Eliseev, had condemned Abbasov’s conduct, and noted that the disciplinary committee of the International Federation of Sambo will consider the matter of banning the Azerbaijani athlete from future competitions.

Print    |  Հայերեն  |  На русском
Thank you for your comment. Your comment must be confirmed by the administration.
last news on "Sambo"
Total votes (13)