Portugoal.net editor: Armenia can cause problems for Portugal 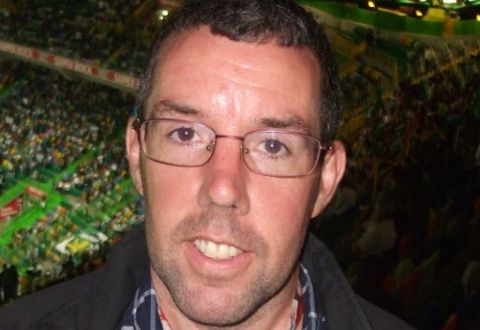 After two matches Portugal has three points. The last victory was very hard. Your team scored at the last minutes. What is the attitude toward the team among fans and journalists?

Despite the poor start there is a sense of optimism surrounding the national team. This has been caused by the replacement of the very unpopular Paulo Bento with a new coach, Fernando Santos, who has brought about a sense of a new beginning, especially with his squad selections. Suddenly it seems Portugal have plenty of high-quality choices again, in contrast to Paulo Bento who always chose the same players.

Although it was a last-minute win in Denmark, that game is considered perhaps the most difficult in the group so the victory was a big boost to confidence.

What do you think, why Portugal lost to Albania?

The team were in a bad state from the psychological point of view after a poor World Cup, and the coach Paulo Bento seemed incapable of motivating them. To make matters worse, he insisted on selecting the same players who had failed in Brazil. Lastly, I think Albania have a better team than most people think - probably the best team in their football history.

What is the different between the work of Fernando Santos and Paulo Bento?

Santos seems more willing to try different things from a tactical point of view, whereas Bento was very conservative and rigid in his approach. The idea of Santos to play Ronaldo-Danny-Nani as a mobile front three with no conventional no. 9 striker is a good example.

Is philosophy of Santos suitable for the Portugal squad? Greek national squad played very pragmatic football. What can you say about current style of Portugal?

I don't think Santos will implement the style we saw when he was Greece manager. That was probably the best chance of success for Greece given the players available. Portugal have more talented players so I expect Santos to adopt a more ambitious/attacking approach.

During the recent matches, five players were called from Zagreb Dynamo. Does it mean that the number of Portuguese players in top leagues has reduced?

It's true that there are less players from the top leagues than in the past, but there is still a good representation from those leagues. In the squad for the Denmark game: Portugal – 9, Spain – 7, France – 3, England, Germany, Russia, Turkey, Croatia – 1.

They say Ronaldo is half of team or maybe more. Except him, which is the most powerful side of your team?

Nani has returned to form since he came back to Portugal and is always a goal threat. William Carvalho is a brilliant defensive midfielder who will probably soon be transferred to one of the big clubs in Spain or England. A new exciting player who is emerging is creative midfielder João Mário.

What do you know about your opponents - Armenia national team?

Not too much. I know about Henrikh Mkhitaryan who is an excellent player and will be a threat to Portugal. From the highlights of the Euro 2016 matches I have seen Armenia look like a good team who can cause problems for Portugal.

Which teams in group I have the best chances to qualify?

I expect Portugal and Denmark to qualify automatically in the top two positions, with the fight for thirrd place between Serbia, Armenia and Albania.

What can you say about Faro. We don't know much about this town. Is there an active football life?

Faro have a well-supported team (Farense) who play in Portugal's second division, but Farense do not play in Algarve stadium where the Portugal-Armenia match will take place. The stadium is 15 kilometers away from Faro.

As for the town, Faro is a busy Algarve town because of the airport bringing thousands of tourists every year. It has an excellent beach on an island to the south of the city which is usually packed in the summer.