Levon Hayrapetyan: My sympathy is towards Spanish football 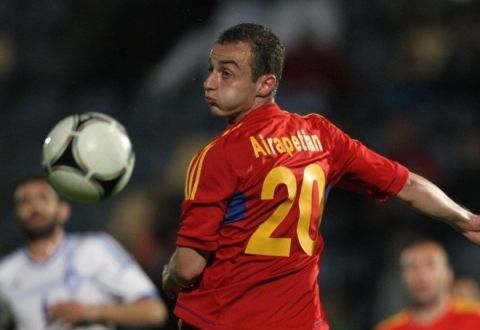 Armenia national football squad and 1.FK Příbram (Czech Rep.) defender spoke exclusively with NEWS.am Sport. Below is an abridged version of the interview.

Levon, since you have grown up in Germany, perhaps you know better than many people the secret of the Germans’ success in recent years.

Germany has long been talking that this next generation is going to be very strong. When they were still playing in the U17-21 [national] squad, people were saying that they can become world champions.

In recent years, they [the Germans] are working a lot on their football. They learn a lot from others. They also pay much attention to technique.

Who were you rooting for in this World Cup?

My sympathy is always on the side of Spanish football.

If not Germany, who was worthy to become champion?

Argentina and the Netherlands.