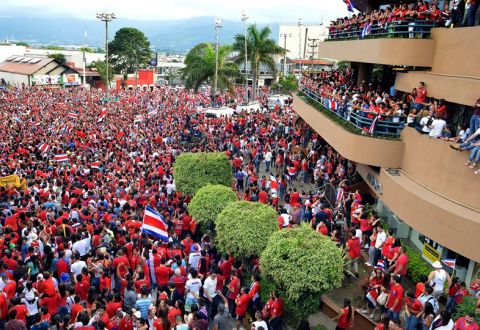 If the Costa Rica national football squad defeat the Netherlands in the quarterfinals and advance to the semifinals in the 2014 FIFA World Cup in Brazil, they will receive an additional $6 million, Globo reported.

The Costa Rican team already have earned $14 million in bonus pay. They received $1 million for passing the group stage, $9 million for advancing to the World Cup playoffs, and $4 million for beating Greece in the 1/8 finals. The Netherlands-Costa Rica quarterfinal clash will take place on Saturday.