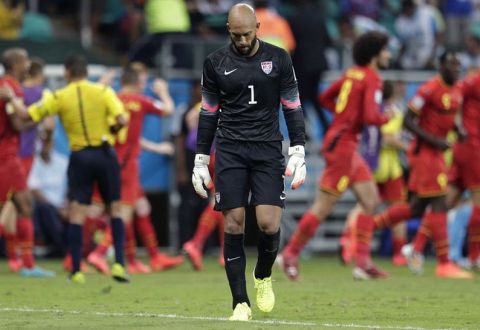 The US national soccer team goalkeeper Tim Howard has broken the record for the most number of World Cup saves in his squad’s football 2014 FIFA World Cup 1/8-final game against Belgium, Opta reported.

The 35-year-old goalkeeper, who plays his club football at Everton F.C. (England), made fifteen saves on the night and was recognized Man of the Match.

Howard’s superb performance, however, could not help team USA advance to the quarterfinals, as they lost to the Belgians 1-2 in extra time, and bid farewell to the World Cup in Brazil.