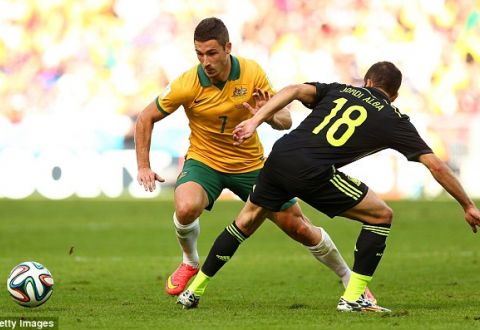 Following the Spanish national football squad’s third and final group-stage match against Australia in the 2014 FIFA World Cup hosted by Brazil, Spain and FC Barcelona (Spain) defender Jordi Alba approached some members of the media, singled out a journalist from the AS newspaper and said: “Next time I am going to cut your head off.”

But it was not immediately apparent why the threat was made, Goal.com reported.The reining world and European champions Spain defeated Australia by a score of 3-0 in their final Group B match. But due to their two previous defeats in the group, they had lost the chance to advance to the World Cup playoffs.

The Netherlands and Chile have advanced to the 1/8 finals from Group B.