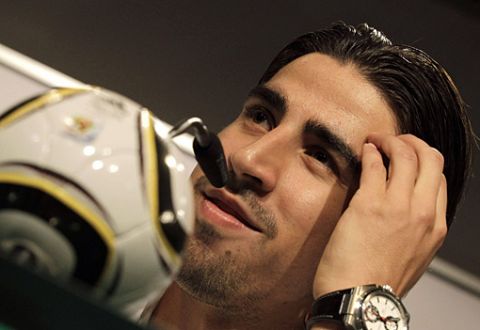 Germany national football team and FC Real Madrid (Spain) midfielder Sami Khedira has suffered an injury.   As a result, he is questionable for Germany’s final group stage match Thursday against the United States in the 2014 FIFA World Cup hosted by Brazil.

Khedira suffered a strained ligament in his left knee, which forced the Real Madrid star to miss Sunday’s training session of the German squad.Khedira spent the majority of the season recovering from an extensive knee surgery, and the German national team is taking no chances with the 27-year-old’s health, Insidespanishfootball reported.

Both Germany and the USA have 4 points, each, ahead of their match, and a draw between them will make both squads advance to the 1/8 finals at the World Cup.