2014 World Cup: I didn’t cry because of my father’s death – Ivory Coast international 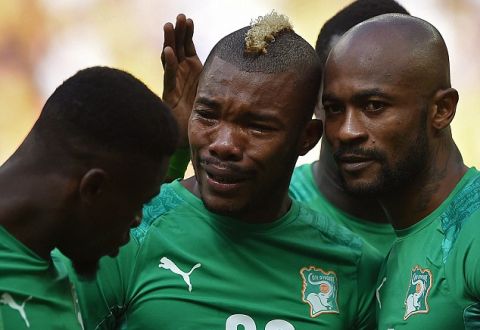 Several European media outlets had reported that, on the same day, the 29-year-old Ivory Coast international had received the news about his father’s death.

After the match, however, Die refuted this information. “I would like to say that this is all a lie. My father died in 2004, whereas I was crying because of the great patriotism in me. I would have never believed that I will be able to partake in such a match,” Serey Die wrote in his Instagram account.