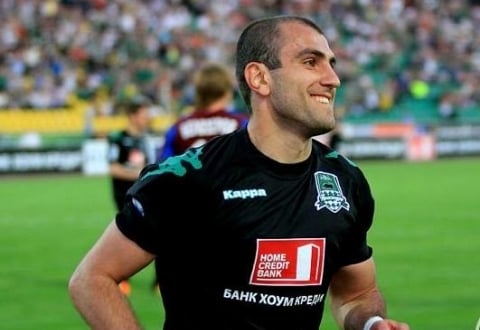 NEWS.am Sport interviewed Armenia’s national football team and Russia’s FC Krasnodar forward Yura Movsisyan, and below is an excerpt from the interview.

The Russian league is coming to a close on Sunday. What are your future plans?

I will head to the US with my family on the next day. I will come to Armenia on May 25 to train with the [national] team for the next two friendly games.

A lot is said in the recent months concerning your being transferred to another team. Is there anything new?

I will stay at Krasnodar. I still have a two-year contract.

Had there been an option, which league would you prefer?

It would have been very good for me to play either in England or Germany, or in another strong league.

The Russian league is spending a great amount of money in the recent years. Has it come close to European leagues?

Yes. This is a strong league. Good footballers are playing here. I believe the Russian league is among the top 5-6 leagues.

Are you satisfied with this season of yours at Krasnodar?

This season was my first with a new team. I had to adapt. I cannot say that I am satisfied, but it was not bad.