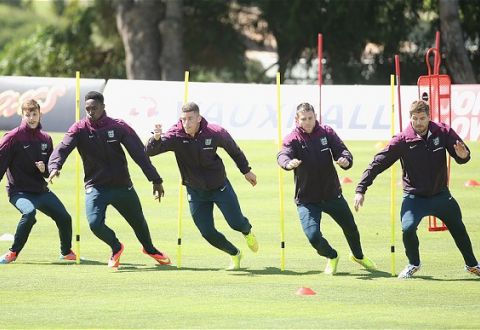 The England national football squad, which are training for the 2014 World Cup in Brazil, have conducted an unusual training session.

Manager Roy Hodgson has England preparing for the heat of Brazil by training in three layers of clothing to simulate steamy climate in Manaus, The Mirror reported.

And Hodgson has even called in fitness experts from a British university to analyze his players’ sweat after training.

In the group stage of the World Cup, England will face Uruguay, Italy, and Costa Rica in Group D.